Weekend Recap | 12u Teal Brings the Thunder to Thunderbolt Classic 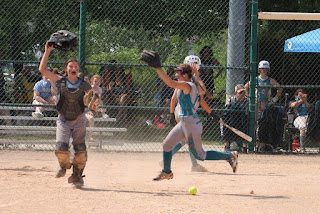 All seven teams were back in action this week and a strong performance by our Thunder teams that participated in the Thunderbolt Classic highlighted a 22 - 7 weekend record!
Thunder 10u Black
Fresh off a strong finish in the Ice Cream Classic last weekend, 10u Black was right back to work and right back to winning. After having their nine-game winning streak snapped in bracket play last weekend, 10u Black ran off six straight wins before falling in the Championship game of the Thunderbolt Classic. This marked their second, second place tournament finish of the season, and caps off a terrific 15 – 2 record in their last seventeen games. Congratulations ladies!

6 - 1 this weekend and a second place finish!
Thunder 10u Teal
Thunder Teal also had a strong showing in the Thunderbolt Classic, falling in the semi-finals to finish in fourth place. Teal started bracket play with a great effort on the mound by Hannah, holding the #3 seed Warriors to just two runs on their way to pulling off the upset before falling in the semi-finals to their sister Black team. It was a great battle but what was even better was seeing Black support Teal during their opening round game, and Teal doing the same for Black in the Championship game – that’s what our Family is all about! 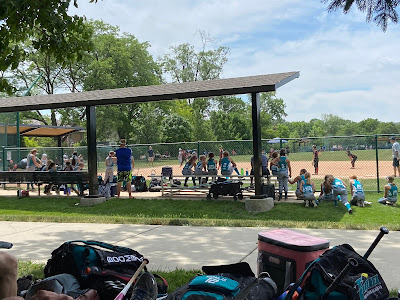 10u Black cheering on 10u Teal!
Thunder 11u
Thunder 11u had the weekend off but collected an 11 - 5 win over the Lombard Thunder on Wednesday night. Emily went three for three at the plate and scored three runs while Taylor added two hits and two RBI. On the mound, Kayla and Lily combined to strike out nine and allow just four hits in the win.
Thunder 12u Black
Despite being decimated by injuries, 12u Black went undefeated before falling in the Championship game to their Teal sisters 10 – 9 at the Thunderbolt Classic. The offense was rolling all weekend, scoring in double figures in every game except the semi-final and finals while the pitching and defense was locked in, allowing a total of just two runs in pool play across three games! What a weekend! 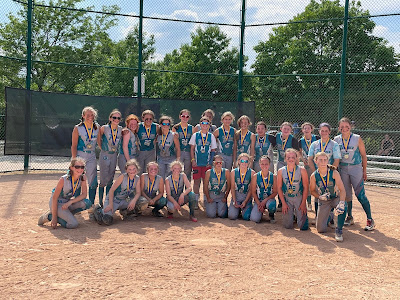 Win or lose, they are still sisters -- the first ever
Thunder vs. Thunder Championship Game!
Thunder 12u Teal
Thunder 12u Teal broke through for their first tournament win of 2021, taking the Thunderbolt Classic in thrilling fashion. A 6 - 0 weekend ran their overall winning streak to ten straight and like their 12u Black sisters, offense lead the way. This team is the epitome of what we believe – work hard and love each other, and the wins will come. Congratulations on a terrific tournament performance! 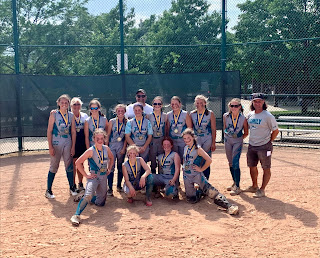 Congratulations on a great tournament championship!
And perhaps most importantly thanks to the girls for getting the big win so that we could finally cut Coach D's hair! 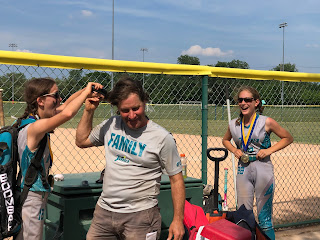 Coach D said win the tournament and you can cut my hair...
Thunder 13u
Thunder 13u had the weekend off before it heads to the Spartan Classic this weekend. More importantly, several 13u players graduated from middle school and will look to start their high school careers this fall. Congratulations to all our new “high schoolers”, BG, Hersey, Prospect, Rolling Meadows, St. Viator, and Wheeling are lucky to have you!
Thunder 14u
Thunder 14u split a pair of weekend double headers, falling twice to the Cary Trojans while sweeping a pair from the Grayslake Pride. Like their younger sisters, 14u scored in double digits in all but one game and fell on a walk off in the second game against Cary, missing a 3 – 1 weekend by a single run. Similar to 13u, several 14u players also celebrated the end of their middle school run, congratulations to all our new graduates!